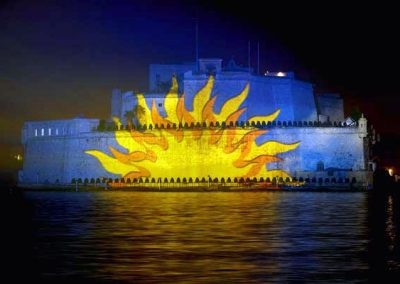 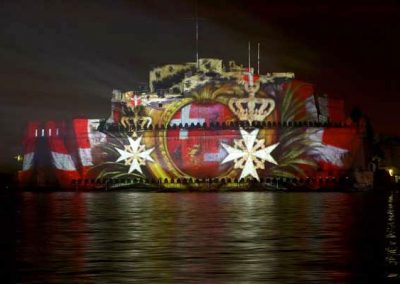 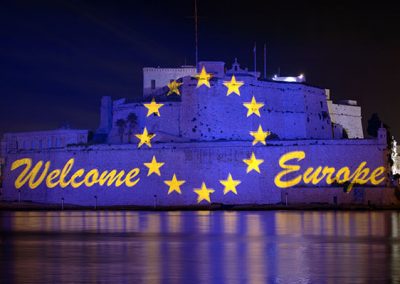 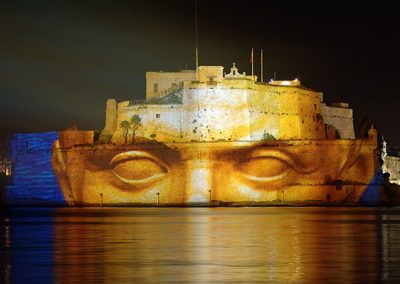 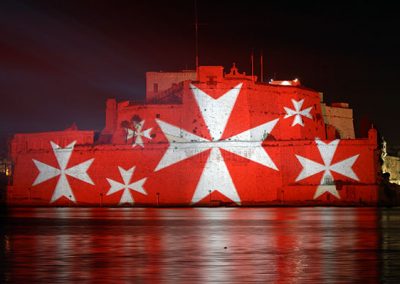 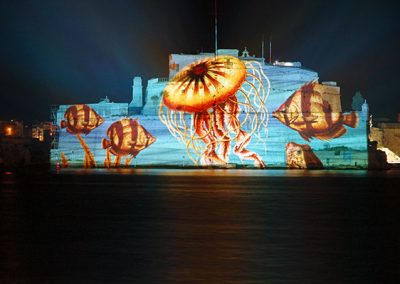 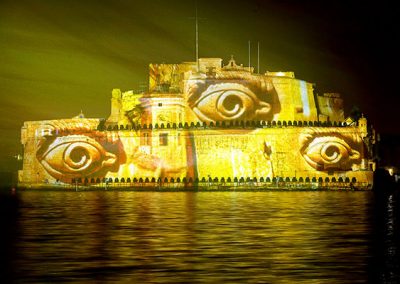 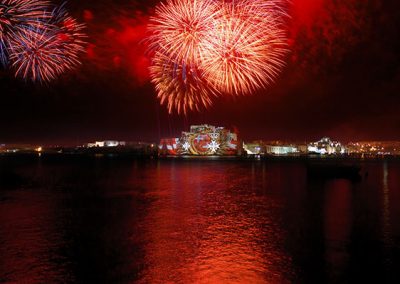 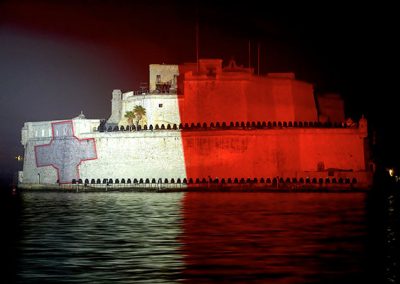 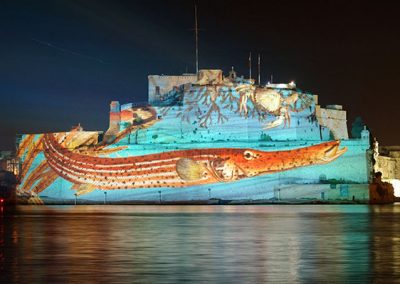 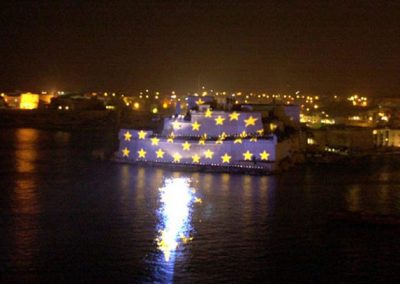 The projection project involved The Projection Studio PIGI 6 KW projectors with double rotating DDRA scrollers, Sign It is one of the members of the Malta Welcome Europe Consortium consisting of four different companies, each with representatives who joined forces to ensure that Malta’s event was the most spectacular. He spent three months researching and compiling the material to be integrated into the popular projection show, which was storyboarded by the Welcome Malta Consortium. The show featured a brief précis of Malta’s history, The result was over 100 images, 33 metres of film in each projector, and a show containing over 600 cues. This was programmed by Karen Monid using PIGI’s OnlyCue control platform

It was witnessed live by up to 120,000 people on the streets of Valetta –approx. a third of Malta’s population – and 1.2 billion TV viewers as the show was broadcast live and syndicated worldwide by EBU (European Broadcasting Union). The throngs of spectators lining the cliff side roads and buildings overlooking the harbour had a great view of these, but the most commanding view was from the Upper Barrakka – stunning ornamental gardens at the summit of the hill overlooking the Fort.