THE MAYOR OF LONDON'S NYE CELEBRATIONS 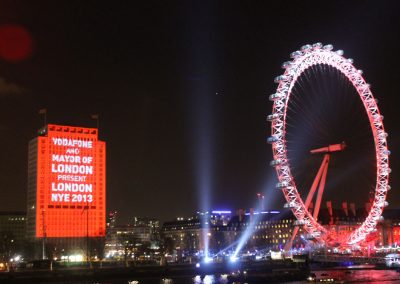 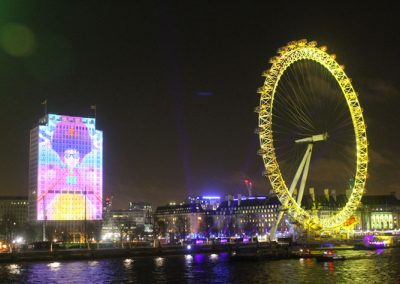 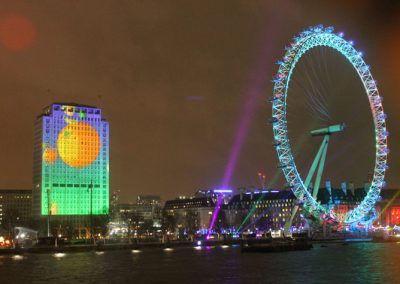 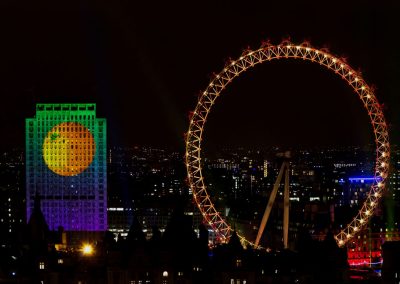 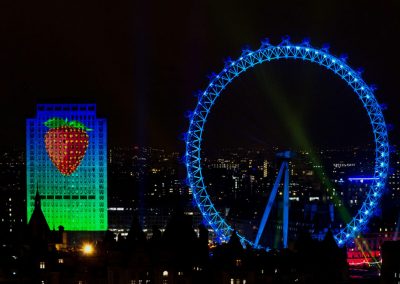 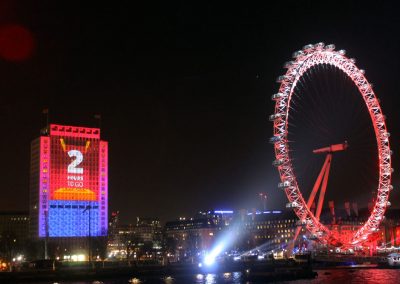 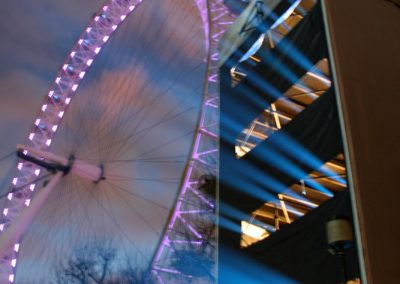 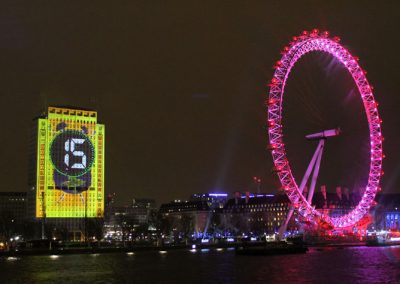 Ross Ashton and the Projection Studio (TPS) worked as consultants to Jack Morton Worldwide who produced the Mayor of London’s New Year’s Eve fireworks display for the 10th consecutive year and invited TPS to provide the large format video projections system. The event was watched by over 200,000 people along the banks of the Thames and live at home by 13.7 million through the BBC One broadcast. This year, through the partnership between the Mayor of London’s Office and Vodafone, the live experience featured the world’s first ‘multi-sensory’ fireworks display. Exotic fruit flavours, synchronised special effects and colour-changing LED wristbands were added to augment the firework display – adding an extra dimension to the midnight spectacular.

Specifying the projection hardware and control system, and assisting in the format of artwork that best suited the building. On the creative side, TPS worked closely with Vodafone’s brand experience agency Wasserman Experience led by Special Projects Director Mark Bustard – and video content producers Treatment from London, advising on the artwork configurations to complement the renowned 1960’s architecture of the 107 metre high building designed by Sir Howard Robertson. On site, they worked alongside projection hardware suppliers QED and construction contractors Acorn to design and build the projection towers and draw up the projection maps to fit the media precisely to the building.

Says Ross Ashton, “We’ve been involved in several ground-breaking New Years’ Eve events before and also several others involving projection onto the Shell Centre, so it was great to be asked back to work on a site we know and love. It was also brilliant once again to work with Jack Morton who delivered such a dynamic, hugely successful and memorable event for London to see in 2014”.