TESLA CAR FOR PANASONIC AT ISE 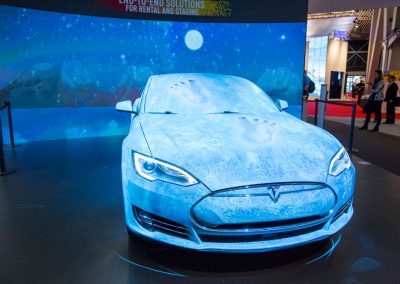 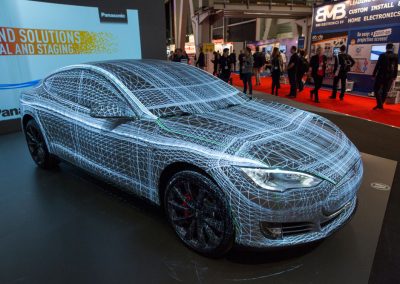 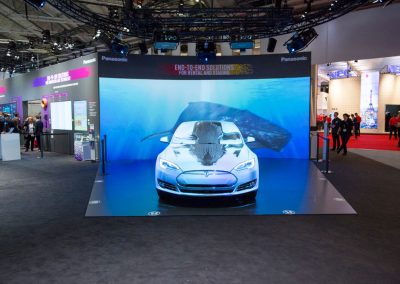 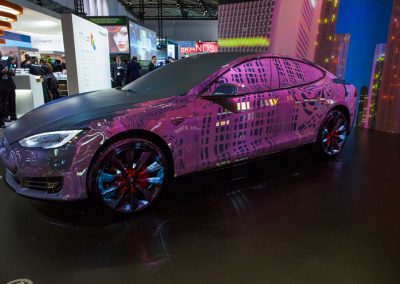 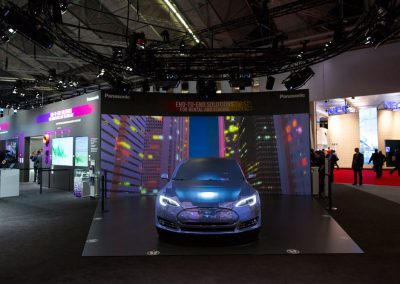 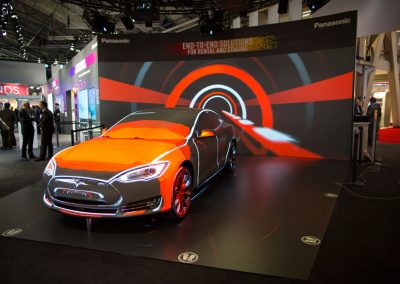 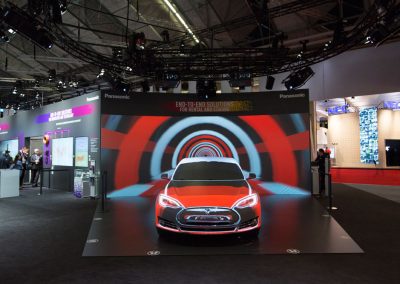 The Projection Studio, led by Ross Ashton are special guests of Panasonic on Booth B1 P20 in Hall 1 at the Integrated Systems Europe expo at Amsterdam’s RAI for the next three days, creating a 3D projection mapping onto a Tesla car. Ross was asked on-board to assist Panasonic in making an impressive impact on the stand by Hartmut Kulessa, Marketing Manager of Projection Products for Panasonic Europe. Hartmut says, “Ross is the best known and most recognised 3D mapping artist in the world, and we see 3D mapping as a growing market trend, especially outdoors where it is the new ‘fireworks’ for big public events and spectaculars. Ross has enormous experience and a great track record in creating these exciting new visual experiences, and that is why we asked him to collaborate with us to create the stand centrepiece at ISE”.

Ross has used Panasonic products for many of his installation works, including, most recently, at Windsor Castle in the UK. The Tesla Models S electric car is powered by Panasonic batteries … making it a natural choice of vehicle to have right at the core of the stand. During the preparation, Ross visited Tesla Europe’s HQ in Tilburg, The Netherlands, and conducted tests with a projector and the car to establish the optimum material needed to clad the car, which is a vinyl. The car has been carefully wrapped in this, allowing retention of all the design detail of the vehicle body, whilst ensuring the best possible clarity for the projected images. Sang Gun Kim of the Projection Studio led the motion graphics team and created the video content for the three minute show, which is run through one of d3’s latest version media servers. Ross worked with Richard Porter from d3 Technologies to map the car which is being projected on to by six Panasonic PZ21K projectors, with another two

Ross, who is on the stand for the first day of the expo on Tuesday 10th Feb, comments, “It’s been a really enjoyable and rewarding project, with some nice teamwork between myself, Karen, d3 and of course Panasonic, who asked me on-board and had the vision to want to do something completely different and very eye-catching on the booth”.