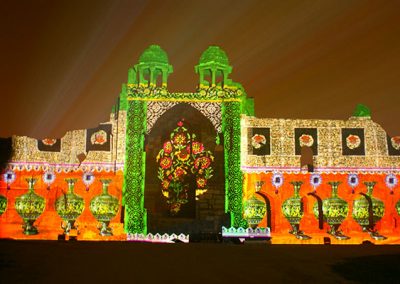 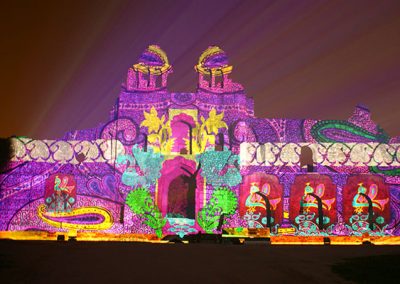 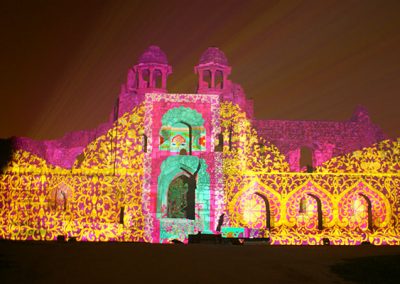 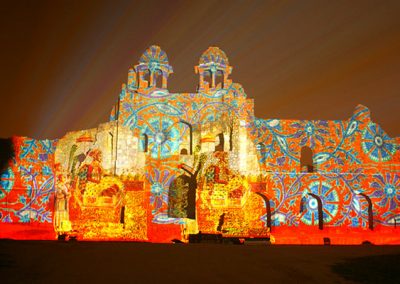 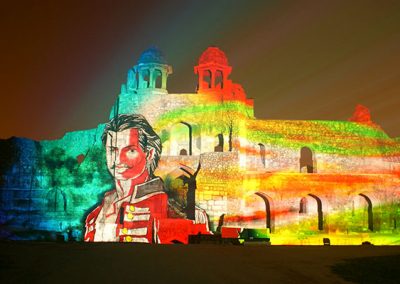 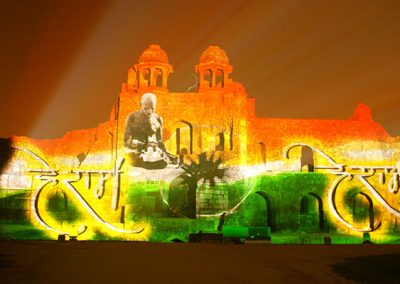 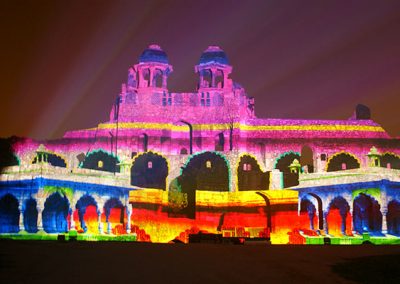 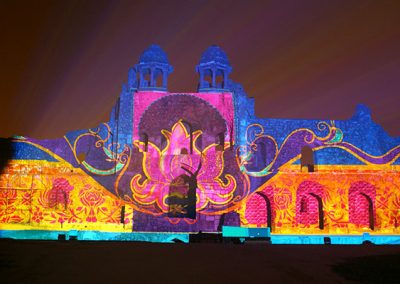 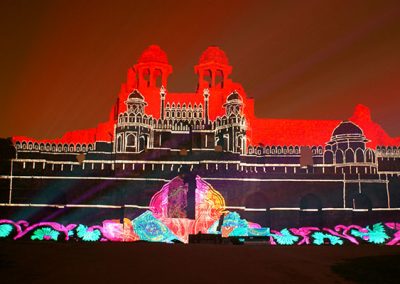 Ashton specified the first Christie 20K video projectors used in India for a son et lumière application, which are controlled by a Watchout system. The three projectors are housed in special hides and create an image 50m by 20m on the building. A major technical challenge was dealing with the multiple depths of field involved in using the Fort as a projection surface, and making the content fit appropriately. The 40-minute show was commissioned by the India Tourism Development Corporation, a division of the Government of India. It unfolds an intricate web of stories from the time of the Pandavas to post independence India bringing to life a narrative relating the history of Deli.

Ashton has produced temporary projection artworks in India before. It’s one of his favourite countries and he appreciates the colour, richness and diversity of life and work there. He comments that it was “Fantastic” to work in India again, particularly on an ambitious, high profile project like ISHQ-e-DILLI in one of the most important cities in the world. “It’s always good to be involved with creating something new and special, particularly when it involves a historically significant building”. The show is already proving to be a major success with the public – and it’s hoped it will become a ‘must-see’ experience for anyone visiting Delhi.