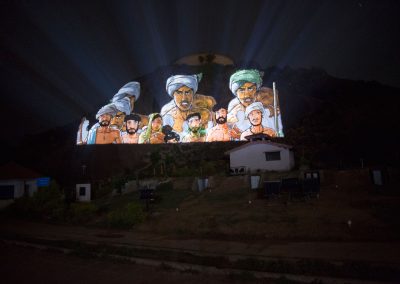 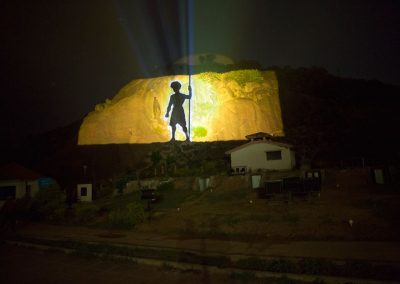 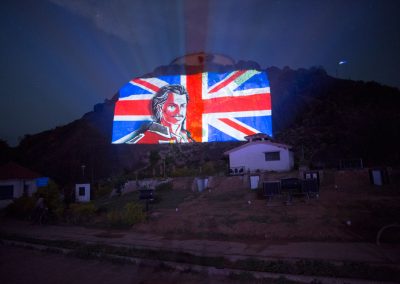 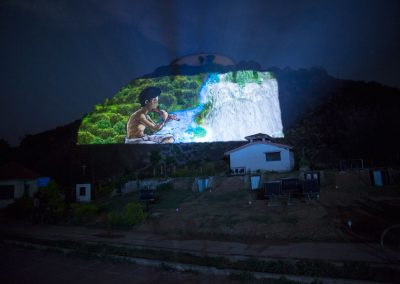 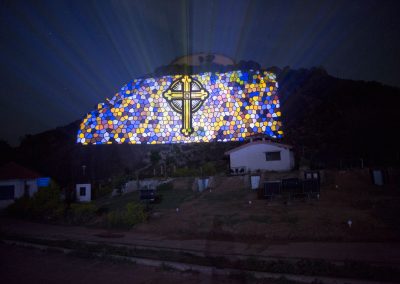 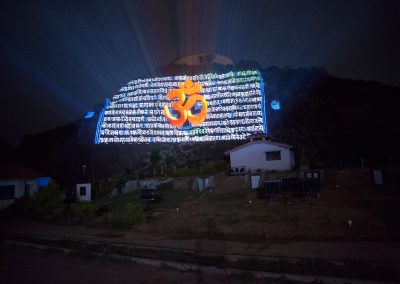 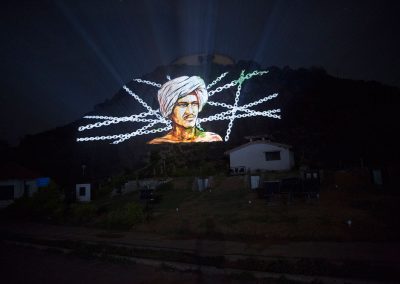 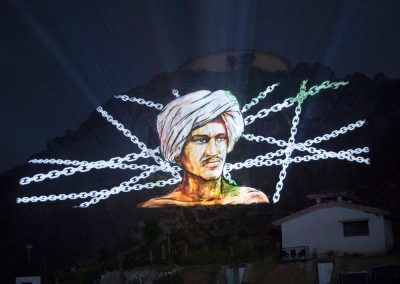 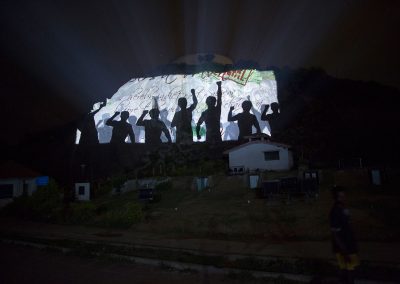 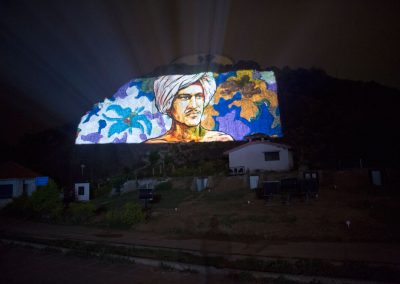 Ulgulaan – The Life of Birsa Munda

The spectators see the transformation of the hillside of Kanke Dam near to Rock Garden park. The hill is converted into a projection and lighting canvas for a fascinating light show that pays tribute to one of the India’s most revered freedom fighter Bhagwan Birsa Munda.

He is famous in the land of Jharkhand, for leading the Ulgulaan, the first tribal struggle for independence in India, which was launched by him in the 19th Century.

The biography of Birsa Munda is narrated by the voice of the Oscar winning actor Om Puri (Hindi) and Kabir Bedi (English).

The show recounts the exploits of Birsa Munda and his valiant fight against the British colonisers to attain freedom – making him an important figure in the history of the Indian independence movement. His achievements were even more remarkable considering he passed away at the age of 25.

Rich and vibrant visuals depicting significant stages of Birsa Munda’s life were specifically created for this work. The show is installed in a specially built control cabin situated about 100 meters away from the projected surface, with the visuals measuring 60 meters long and 25 meters high.